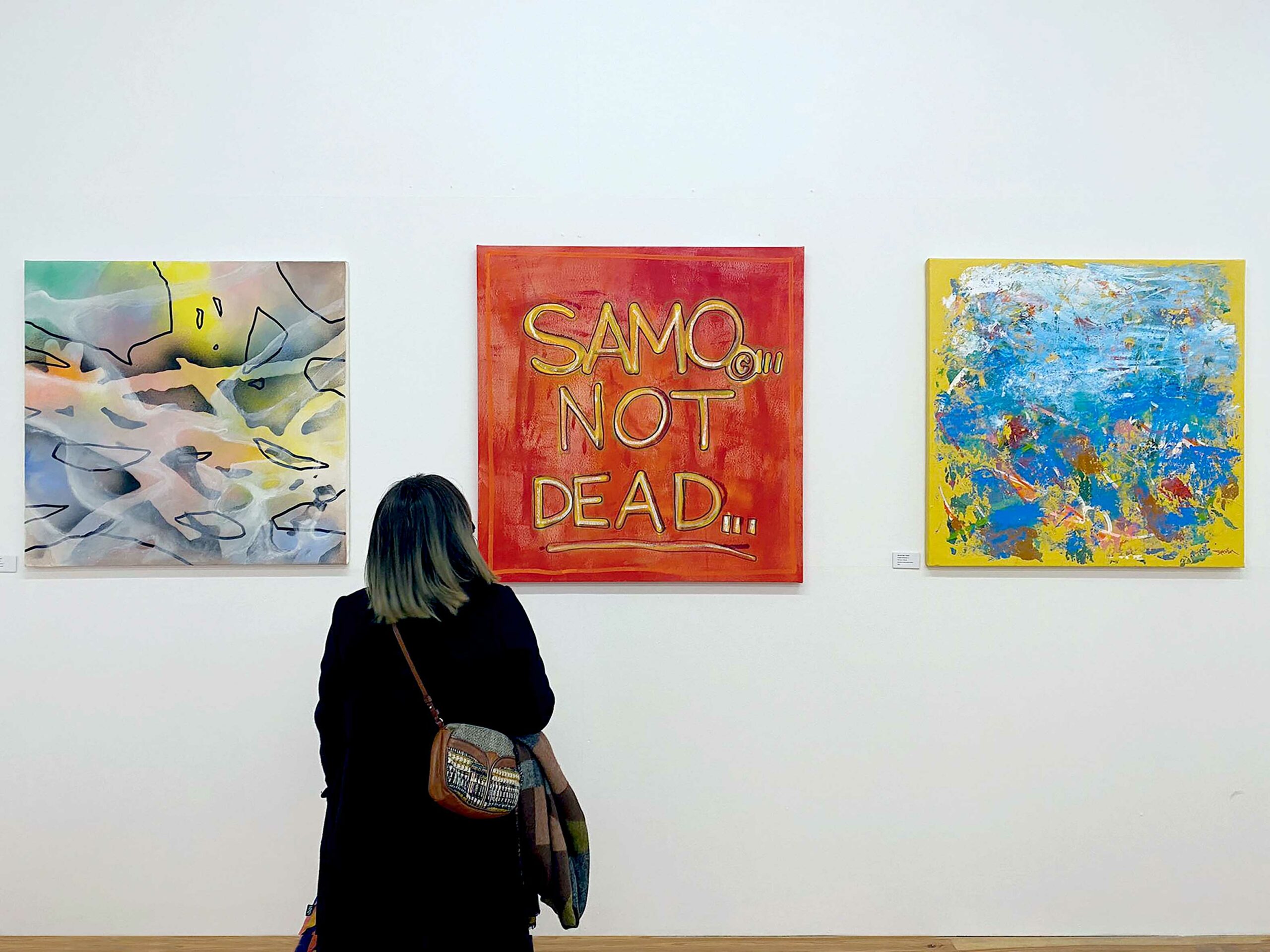 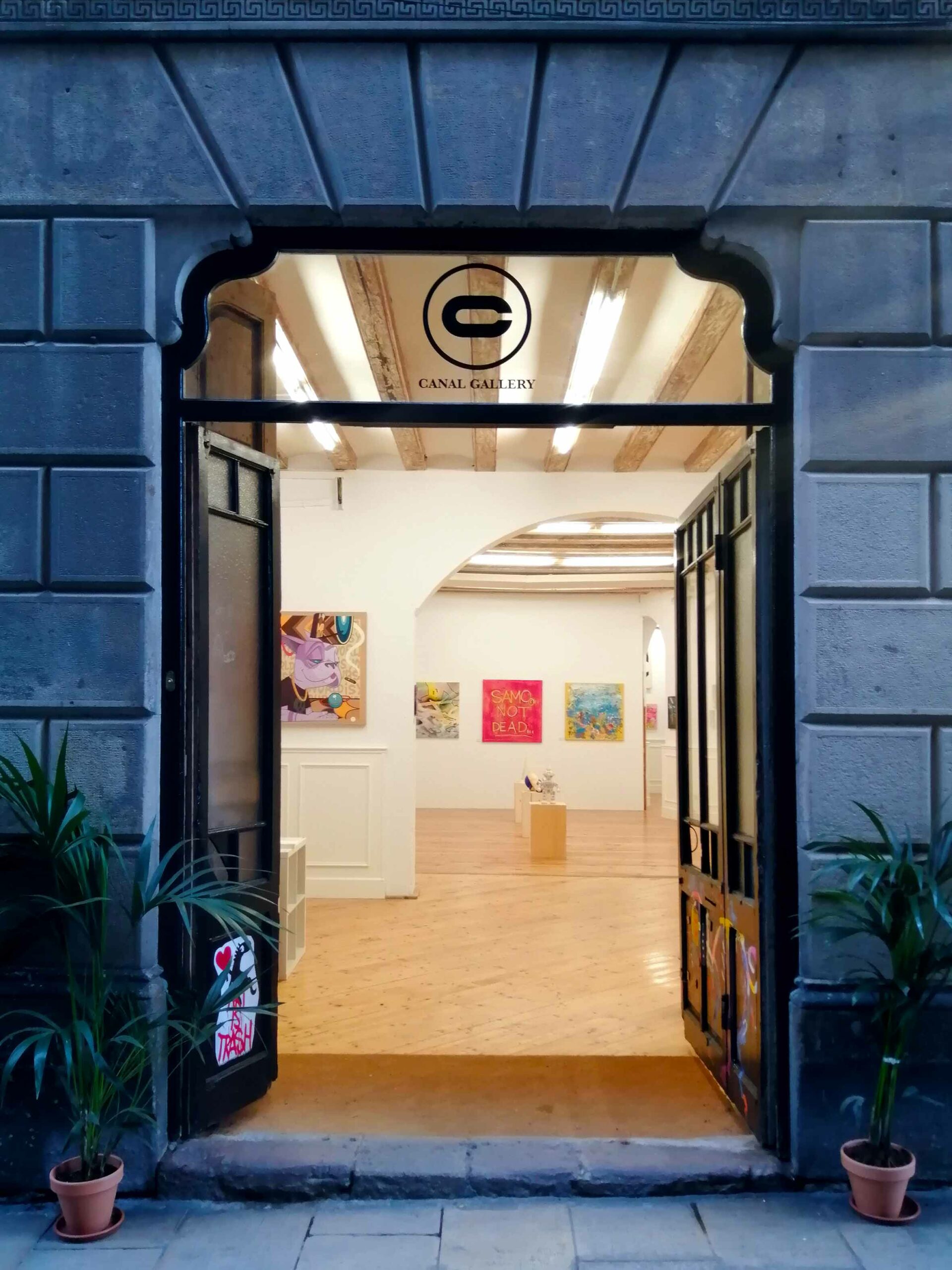 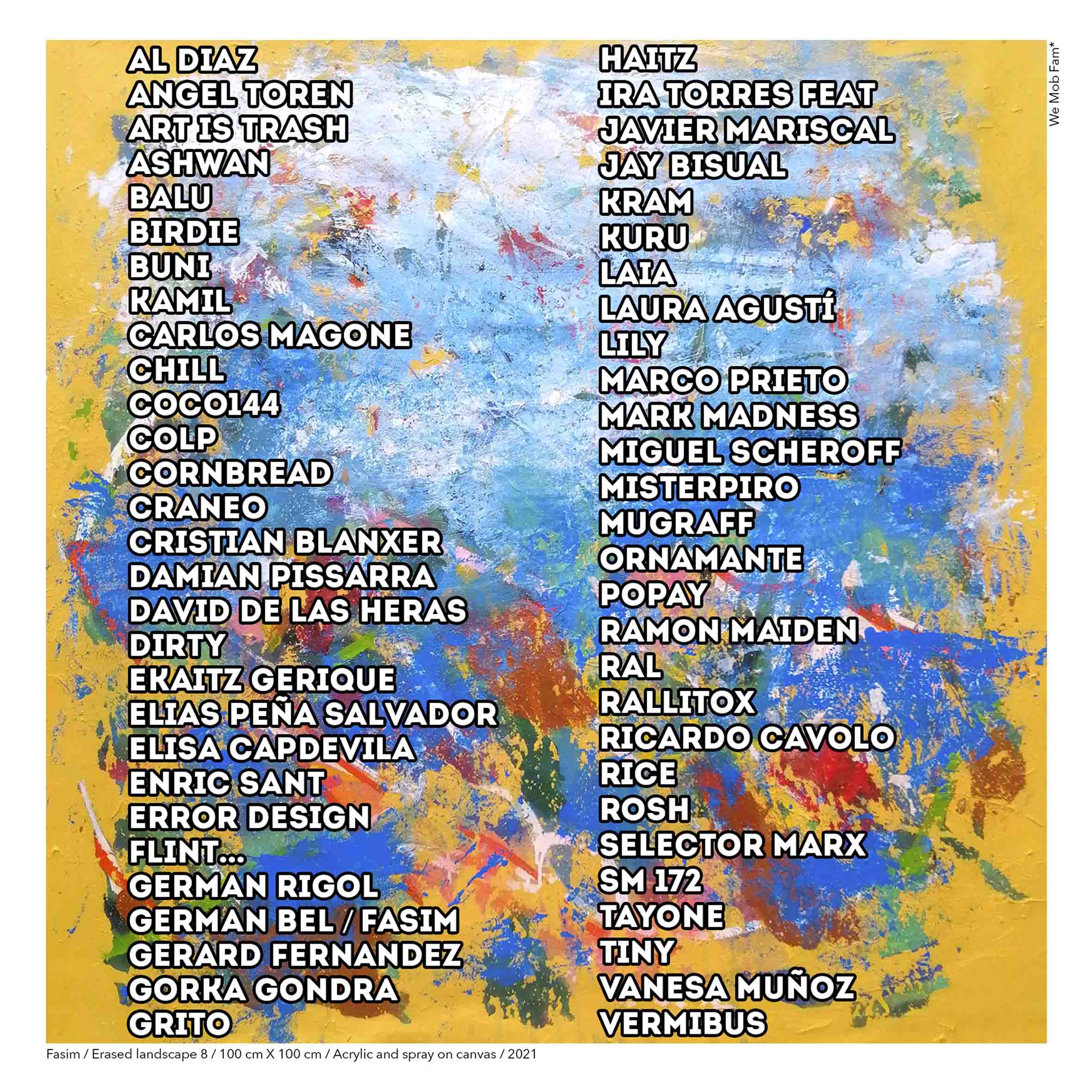 On December 2nd took place the long awaited inauguration of Canal Gallery, the new contemporary urban art gallery in Barcelona, which was celebrated with CEREMONY, a large group exhibition of more than 50 established artists and emerging artists, including painters, sculptors, photographers, and national and international illustrators. The gallery is located in the heart of the city, in the Gothic Quarter and specializes in the latest trends in graffiti, contemporary urban art and related trends, which was one of the artistic gaps that the city had been suffering from for a long time. The exhibition made collectors and fans of contemporary urban art very happy as it is a discipline that brings together features of urban art, but also contemporary pictorial attitudes, a pending trend in the city that now has a firm base in Canal Gallery.

The inauguration was a success with the audience and attracted a large number of visitors from the city, artists, collectors, curious and diehard fans of urban art. Balu, its director, together with Teresa Arroyo de la Cruz curated the exhibition and managed to bring together a large group of artists from the national and international scene.

Among the artists invited, some names stand out, the New York pioneers of the late 60s and early 70s as COCO144, who was present at the opening and traveled expressly from New York or Al Díaz who was the partner of Jean-Michel Basquiat in the famous graffiti group SAMO or the renowned designer, illustrator and painter Javier Mariscal, illustrator and painter Javier Mariscal, the Paris-based urban artist Popay from Barcelona and the pioneer of contemporary urban art in the city of Barcelona, Germán Bel / Fasim, who along with the other two New York artists covered the main wall with three works, thus structuring the exhibition.

COCO144 (Roberto Gualtieri), born in 1956, New Yorker (Puerto Rican / Italian) began writing his name on the streets of Manhattan’s Upper West Side (Harlem and Washington Heights) in late 1969. While painting in the subway, he introduced the use of the stencil, becoming the first writer to innovate this technique of writing his name quickly on a wall or on the surface of a train. As a result, between 1970 and 1972 he was considered by the writing community as «All City», a term that meant that his name could be seen all over the city.

COCO became one of the first renowned pioneers of the graffiti culture and movement. In 1973, he transitioned writing and graffiti culture with his graffiti writing collective, UGA (United Graffiti Artists), bringing writing over trains to the gallery scene in downtown Manhattan. His work was exhibited at the Razor Gallery, a groundbreaking show that changed the public’s perception of graffiti and ushered in a new era for an art form that would soon become a worldwide cultural phenomenon. In 1974 he exhibited at the Museum of Science and Industry in Chicago and in 1975 at Artists Space in New York.

Al Diaz (Alberto Diaz) is best known for his collaboration with Jean Michel Basquiat on SAMO©, a graffiti that appeared in lower Manhattan from 1977 to 1979. SAMO© initially became known for its wit and sarcastic humor; but became a globally recognized graffiti after Basquiat’s rise to fame.

A prolific and influential graffiti artist of the first generation of the New York subway, who later became a text-oriented street artist, Al Diaz’s career spans 5 decades. He currently works with WET PAINT signs used throughout the New York subway network. After cutting out individual letters to create witty, surreal and sometimes poignant anagrams, he hangs the finished works in subway stations throughout New York City. His work WET PAINT was featured in the 21st Precinct Street Art Event (July 2014), a solo show at «Outlaw Arts» (March 2015) and will appear in the forthcoming book «Street Messages» by Nicholas Ganz.

Also as a pioneer of the city of Barcelona, Fasim (Germán Bel) exhibited on the central wall next to these two pioneer artists, as a pioneer representative of the city of Barcelona and Spain next to two of the most influential pioneers of the New York scene, thus creating a cultural bridge between New York and Barcelona never seen before between the two cities between urban disciplines.

Germán Bel, aka Fasim, was born in Barcelona in 1972 and is a pioneering urban artist in Spain, active since the 1980s. Henry Chalfant played an important role in Fasim’s career and will be a key player in his later artistic development. In 1989 he met Futura 2000 in an exhibition that took place at the Arcs&Cracs gallery in Barcelona, where he learned the artistic creations on canvas and his start in 1992, the artist traveled to Paris to the studio of Jonone and BadBC at the Hôpital éphémère where he resided for a few days and contemplated the process of creation on canvas and the emergence of urban art in art galleries. He also joined the mythical crew 156allstarz.

The paintings of Germán Bel / Fasim take us to a dreamlike world where the game with the pareidolias seems to dominate the surface of the works, since childhood he maintains this visual and poetic game of the look, with the forms of any surface, either in the print of some tiles or in the humidity stains, erased or chipped of any urban wall. To a great extent this game is the first inspiration of the Paleolithic artists in the caves, where the images appeared in the reliefs of the rocks and is the cradle of painting.

Fasim has painted on numerous walls, exhibitions and displays in many cities around the world; Barcelona, Valencia, Madrid, Toulouse, Perpignan, Marseille, Paris, New York, Berlin, Copenhagen, Amsterdam, Milan, Naples or Sarajevo among others.

The Museum of European and Mediterranean Civilizations (MuCEM) recently acquired three paintings and six drawings, which will be included in the Urban Art collection of the Museum of Contemporary Art of Marseille (MAC).

Javier Mariscal was born in Valencia in 1950 into a wealthy family. He began studying design at the Elisava school in Barcelona (the most renowned design and technical engineering school in Europe) but soon left to learn directly from the environment and to follow his own creative impulses.

He reached his highest level thanks to the magazine El Víbora and Cobi, who would later become the mascot of the 1992 Barcelona Olympic Games.

His influence, added to that of the humorous magazine Mad or the rise of the graphic novel, would also give rise to the phenomenon of alternative comics in the early 80s.

His entire professional career is marked by the influence of comics and the pop movement. His language is synthetic, with few strokes and a lot of expressiveness.

In 1990 the Estudio Mariscal was created, in an old factory that was rehabilitated and gradually consolidated as a main point of design and avant-garde, from which most of the works of this artist emerge.

It also highlights the work of the Parisian artist Popay with one of his latest works with a set of shapes and colors reminiscent of kaleidoscopes and their multiple optics.

Popay was born in 1971 in Barcelona, Spain. He lives and works in Paris. A truly unique artist in the world of Parisian graffiti, Popay creates baroque frescoes, between fairy tales and hallucinations. His inspiration ranges from Hieronymus Bosch to Spanish painting, from Combas to Erro de Crumb to Jimmy Hendrix. He gives us a painting made entirely with aerosol, treated however in the classical way, by successive enamels. A slow elaboration where the universes become more complex giving place in his abstractions to agglutinating vegetation, marine bottoms or imaginary forests or disappear and reappear multitude of semi-human characters, elves, imaginary fauna. His figurative canvases are authentic futuristic, imaginary, baroque journeys. You immerse yourself in it as in a Bosch painting where each part of the work is a theme in itself.

The eclectic mix of disciplines and movements, aggregated under a single exhibition, is highlighted by multiple works. One of the latest rising trends is the resurgent figurative art within the urban and contemporary creations, for example, the paintings of Lily, which combine modernity, freshness and also maintains formal aspects of the pictorial tradition of portraiture or the work of Cristian Blaxter with superimpositions of images combining the portrait with the urban landscape in a truly spectacular fusion painted in oil, along with the two works of small format but of great intensity of Elisa Capdevila or the magnificent portrait of Cecilio G by Miguel Scheroff. The always irreverent and socially committed work of Art Is Trash, with a canvas with a vindictive theme on Native Americans, an exquisite digital collage by Ramón Maiden, the stencil work by SM172 of great colorful impact or the original drawing on paper by Javier Mariscal that caused excitement among the attendees or the painting of unmistakable style by Ricardo Cavolo.

Also noteworthy were the sculptures by artists Vanesa Muñoz, Gerard Fernández and Grito, which, although very different from each other, combined very well together and occupied the entire main hall, the polychrome stained glass by Kuru and the sculpture with letters by Ashwan.

As a novelty the incorporation of photography along with the other usual disciplines, the photos of photographers Ekaitz Gerique, Mark Madness or the New York pioneer in taking pictures of painted trains in New York in the late 60s and early 70s, Flint…, which was the first time he put graphic work in the city of Barcelona.

Canal Gallery is a new art gallery located in the Gothic Quarter specializing in the latest trends in urban and contemporary art that represents more than fifty artists from the national and international scene.